Yes - I made it to MCP status - have been for a while - and this also shows how to do popups with text over :!

These pages were created out of the need to learn, but also trying to create a bit of dynamic content that would give you the 'sticky content' designers go on about.

Any comments or questions should be sent to me and I shall endeavor to reply.

In all the excitement of everything over the last Covid-19 years (!) I completely forgot to update this site with anything new! Ok a limp excuse but we are here now nearly Christmas again...

One thing that has happened though is I've managed to create plugin for Homebridge that allows you to control a Sonos Speaker setup - ok not entirely my own work as it was a fork to an existing plugin by Dirk Winkler to add some features. That said - I MANAGED TO GET IT APPROVED as official plugin! How cool is that!!

If you have never come across HomeBridge, its a very well supported and open source solution to allow you to add certified and none certified Apple HomeKit devices into Homekit in the Apple eco system, which in turn allows you Siri control! Been using it for a few years now as the 'thing' that lets me control 'smart things' in the house.

Well - that's it for another few years - hope everyone is staying safe in these interesting times!!

Have a good one all!!

As seems to be the normal with personal web sites, nothing much unless you constantly have something to say.

Well - I've done a spell on YouTube - Tweeting not a lot on Twitter and now we are faffing with GitHub to hold my IoT ideas with NodeMCU's - even to the degree that I have a couple of ways to get there!

You can either get through on git.planetWayne.com or if you want something simpler to remember go through here at go2.pw/git

As the little furry guy says Simples... (blatant link to get the link ratings up on the web site - although with all transparency - I have on occasion made use of the 2 for 1's

Well - that's it for another few years... maybe.

Not that its been AGES since updating anything on here - I've finally got something to write about! 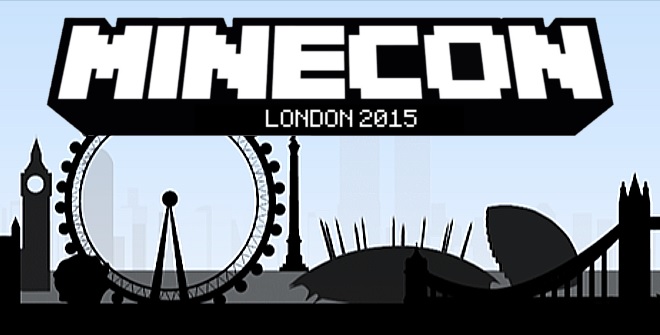 Spent last weekend (4th - 5th July 2015) down at the Excel Exhibition Centre down in London at MineCon 2015. What a weekend!

As well as the Expo hall with tournaments, merch etc there were panels on various different aspects of Minecraft and YouTubers from all over the place. Ok - admittedly the primary attendance was from the under 15's with parents dragged along for support - but there were also teachers, learning how Minecraft gets used for teaching, the 'Block by Block' program used by people to rebuild and have a say in how where they live gets developed as well as indi developers and various panels. Microsoft were also there showing the console versions and upcoming Windows 10 version .

We (as in the collective we) also made it into the Guinness Book of Records for most attendees to a single game convention! Go Mojang!

Well - if anyone from Mojang get to read this - well done guys! The Mineraft community as a whole is huge - hats off to you!

I just thought I would post somthing on here to see if anyone noticed that there is anything on here!!!

Now with all the social networking sights etc that are out there does anyone these days maintain and run personal sights? or is it all on 'the book' or tweeted?

Happy Birthday to my Wife!

Not that she ever reads this these days - family seems to be addicted to Facebook!!

Anyways - This will be her First Birthday since we got married!

I thought I would try and keep with the updating of the site a little more often when I've got something useful to say. Well, I thought I would give a little 'pat on the back' so to speak to Stephanie. She never really looks at 'Dads web site' these days, I don't think it comes under the same 'cool' light as facebook etc..!. Anyways, to say she made me a proud father last night would be an understatement!

If you don't already know - she is doing a Performing Arts course over at Burton Collage and last night was her first stage performance outside of the collage practice halls. This time it was at the Burton Brew House theatre and arts centre.

The performances were several short sketches over two nights, each being directed by the 2nd year course students, with the performers from the 1st year (Stephanie's year). It included pieces ranging from Mrs Doubtfire to Saw!, so a complete mix-up of styles and content!

Stephanie managed to get the the lead role in a piece based on the film Monster which, in turn, is about the life of one Americas 1st woman serial killer, Aileen Carol Wuornos. The piece was a 20 minute 'burst' of this woman's life, from childhood (done with a short picture flick and voice over), through to her first conviction for murder as a result of being raped! To say it was a powerful piece would be an understatement! Yes - there was coarse language (bit of stomach churner that seeing your daughter 'effing' and cussing!!) and yes, there were strong suggestive actions with respect of the rape scene, but she pulled it off brilliantly!

We both (Mum and I) sat there quite glowing when the show ended and hearing the others in the audience compliment how good 'she was in Monster' and, although we sat there calmly, we wanted to jump up and cheer!

So there you go, on the way to possible stardom (could I be bias here??)

If you all didn't guess - its that old seasonal tradition! (Heck - its getting into the realm of watching Wizard of Oz or National Lampoon Christmas Vacation now!!)

■ planetWayne RADIO! is alive and kicking

■ for the Christmas period only!

So point your favourite streamer HERE and...

­■ planetWayne RADIO! - Get in the mood for Christmas!

(as advertised on the Shoutcast Broadcast Directory!)

Jeeze - it REALY doesnt seem like its a year since my last update on here!

How time flies! (I wont say 'when your having fun' as the last 12 months havnt really been 'fun')

A whole LOAD of things have happened. Stephanies now at colladge doing performing arts, Jnrs taking his first steps in high school and so on...

I may go into detail laters, but those who know me, know how its been (busy doesnt come close)

And to top it all - I'm stuck back into the decorating again - big push before Christmas sets in (Mmm wonder if we'll make it (dont tell the missus!))

Anyways, this was just a quickie for those out there that peruse these pages just to say 'Still Here'! - and the fact that Tomorrow is December so - we all know what that means!

Well, this is more a test as well as news! I've got myself some new Dell Servers up and running and I've been transferring my web, SQL, etc access to it.

Ones running the Apache, MySql and PHP combo, the other will have Asterisk phone system on there.

Looks like it was getting close to the other finally giving up the ghost as it was beginning to argue about HD errors (although its still running at the mo!)

More updates as it happens (and hopefully this will update the right sql databases!)

See all the blogg since 'the beginning' Here

Can't get hold of the weather reports at the mo...
You could go direct to the Source :BBCi Weather

Take a look at myForecast.com for different details on the weather from 7 day forecasts and lots more!

Note - this front page is still work in progress - and hopefully will continue to be so!